We are going to make yummy sandwich bread from felt today. Together with sliced cheese, salad leaves, and the upcoming sausage slices (Mortadella and Pimiento Loaf) as well as tomato slices, we will have everything to make a perfect and healthy (fat-free, hahaha) felt sandwich. However, this project is not as easy as those for felted sliced cheese and salad leaves (both of which in turn are super easy and perfect for any Sewbie). Especially the attachment of the brown edge is very fiddly, which is why it took me several trials to come up with this tutorial. I was very recently sewing 10 sandwiches for  the Winter Fair at my son’s childcare center and regularly peeked at my own instructions. I guess, this is a good sign. 😉 We will work with a sewing machine this time but every step can, of course, easily be done by hand as well. The tutorial comes in 16 steps, and 2 slices of sandwich bread can be done in about five to seven 15-minute crafting sessions.

Here is a list of the materials I used:

I can highly recommend the following items (please note that the links below are affiliate links): 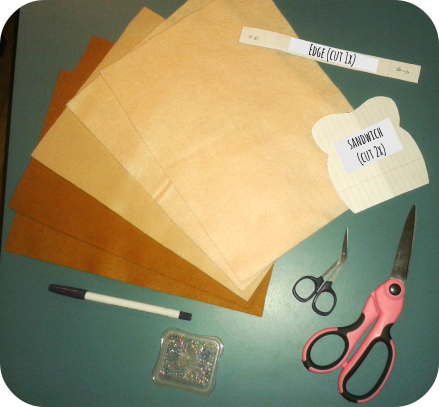 Useful Note: Felt is a textile where natural (woollen) or synthetic (acrylic) fibres have been pressed together. Some felts are very soft but others are strong enough to be used as a construction material (e.g., some nomadic people still use felt to build yurts). In this tutorial I am using acrylic felt of a thickness of 2 mm. I never had issues with shrinking or bleeding while washing them.

But now: Let’s start with the tutorial and happy making!

STEP 1: Children have such a vivid imagination; some of them really bite into felt food and especially small children might suck on it. For sure we do not want our little ones to swallow the leftovers of industrial production. Thus, wash the felt before starting this project.

STEP 2: Print and cut the pattern (see above) or create a pattern you like more. If you are using my pattern, the felted cheese slices, salad leaves, and sausage slices (Mortadella and Pimiento Loaf style) will perfectly fit onto this sandwich bread. Keep the sizes in mind when making your very own patterns.

STEP 3: Place one piece of light brown felt onto a second light brown one and fix in place by using pin needles. This will allow you to cut both pieces at the same time. Place the sandwich bread pattern on top of the felt and trace its basic shape onto the felt using a magic marker or colored tailor’s chalk. If you are using chalk, I recommend blue one, because it gives a nice contrast. Remove the pattern.

STEP 4: Cut along the markings by using standard scissors. You will end up with two blank slices of sandwich bread (in my case I had 20, because I was sewing 5 sandwiches for the childcare center).

See how I used different tones of light brown? I love to imagine how the little ones are going to decide whether to go for classic or whole wheat sandwich bread during their imaginative felt breakfast. 🙂

STEP 5: For one sandwich (i.e., two pieces of sandwich bread), you will need four stripes of dark brown felt: two stripes that are 20 cm long (i.e., 7.9 inches; as is the edge pattern in the download) and two stripes that are 50 cm long (i.e., 19.7 inches). Place one piece of dark brown felt onto a second dark brown one and fix in place by using pin needles. Place the edge pattern on top of the felt and trace its basic shape onto the felt using a magic marker or colored tailor’s chalk. Here, white chalk would give the best contrast. Remove the pattern and cut along the markings by using standard scissors. As the edge pattern is exactly 20 cm long, you will end up with the two short stripes. 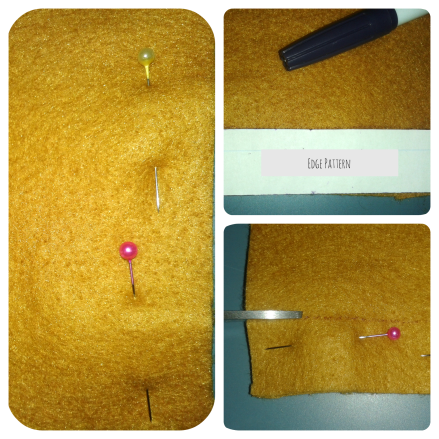 Repeat step 5 but this time extend the markings up to a length of 50 cm. Trace and remove the pattern and cut the felt. At the end of step 5 you should have all four stripes lying in front of you. 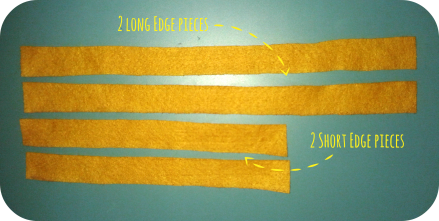 STEP 6: Lay a long stripe on top of a short one at an angle of 90 degrees (right angles). Sew in a diagonale line from the upper right corner down towards the bottom left corner. If you now lift the long stripe it will bend at the seam and you will have a single long stripe. 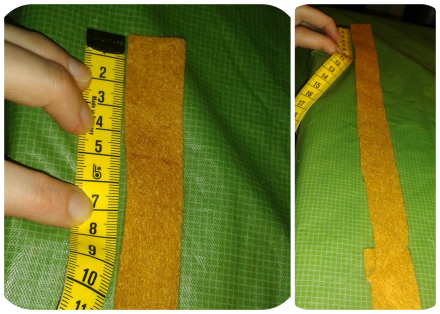 STEP 8: Bring both markings together and sew the loose ends together. Cut off the overhanging loose ends.

STEP 9: At this stage you should have one circular dark brown edge piece. 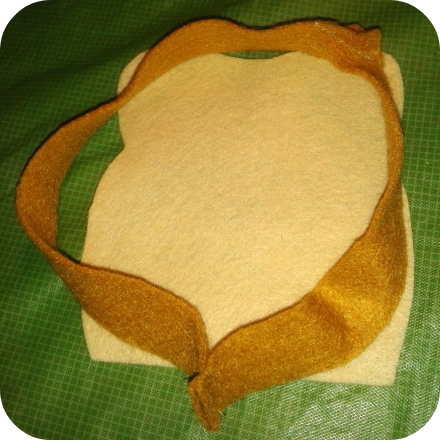 Align the seam we made during step 6 with the upper right corner of the light brown sandwich-shaped piece of felt. Make sure that the seam is visible.

Start sewing in the upper center and carefully sew along the aligned edge and follow the shape of the sandwich. Sew slowly around corners and lift the needle for turning the felt if necessary. Hold the dark brown edge felt in place with the fingers of your left hand as shown below. Secure your seam at the end by backstitching.

STEP 10: Now you will have one raw piece of light brown felt and one with the edge fully attached. The dark brown edge will be compressed after sewing. Pull it up. Next, you are going to sew on the second light brown piece of felt. However, this time you need to leave an opening for turning the sandwich bread outside at the end. I marked the size of an appropriate opening with pin needles (see bottom left picture below). In my opinion it is a good idea to leave the opening (and thus the region that we will need to stitch close by hand) at the bottom part of the bread as this part is usually not as exposed to critical eyes as the upper part (which you will be facing quite often while taking a bite from your yummy sandwich). Place the second piece of felt on top of the first one and gently fixate every corner using pin needles.

STEP 11: Start sewing at one side of the planned opening (I prefer to start at the left side of the opening) and backstitch for robustness of the seam. Then, carefully sew the second light brown felt piece onto the edge piece. Let the shape of the bread (not that of the edge) be your guide while sewing. Pay close attention to the position of the seam that connect the edge with the first sandwich piece as this seam easily slips below the presser foot. The most difficult part is done now. Yeah. 🙂

STEP 12: At this point your sandwich bread will look something like the one shown below at the left side of the picture. Trim the edges and it will look nice and neat like is shown at the right side. 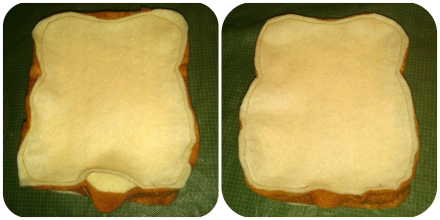 STEP 13: Turn the bread inside out through the opening and carefully give final shape to each corner. 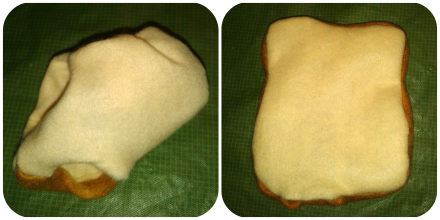 STEP 14: Stuff batting through the opening into the bread. To do so, I usually slaughter a pillow from this huge swedish furniture store and violently take its interiority. 😉

STEP 15: Close the opening using a standard needle and standard brown thread. To do so I prefer a stitch that is known as ladder or blind stitch. Ilse from sew-it-love-it provides a very nice 7-step instruction in her How to Sew a Ladder Stitch post. Thank you, Ilse!

STEP 16: Repeat steps 6 to 15 in order to make a second sandwich bread, which you will need for one sandwich, of course.

You are done now! *applause, applause* You have made super-realistic felted sandwich bread and I hope you had a lot of fun.

I will publish more felt food tutorials soon. You can find the tutorial on Felted Mortadella Sausage Slices here. The one for Felted Pimiento Loaf Slices is  available now here. So please stop by again.

All the best and enjoy every sandwich, 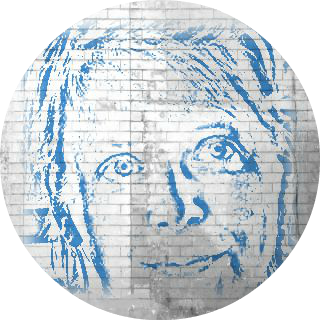 Herzlich Willkommen and Welcome to my blog! I'm Jana. I try to come up with sewing and other crafting projects with and for kids that--in a stepwise manner--can be easily done by spending no more than 15 minutes a day.

Lets start Crafting in the US!

Lets start Crafting in the UK!

Please give me your heart:

This is view No.

I have been featured on…

I am taking part in 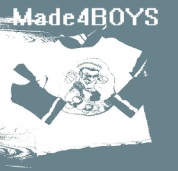 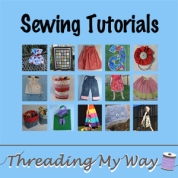 Jana Broecker is a participant in the Amazon Services LLC Associates Program, an affiliate advertising program designed to provide a means for sites to earn advertising fees by advertising and linking to amazon.com.

© Jana Broecker 2014-2018 Please do not copy my original work nor take any images or content from this site without my explicit permission. Thank you.

World cloud in heart shape was generated using tagxedo. All pictures have been edited using the online photo editors befunky and picmonkey.

A WordPress Site
Adorable and Playful Animals
Me & My Veritas

Sewing and Crafting Projects With and For Kids.

The ultimate place for smashing flavors